It is with sadness that we inform members that Bill, a Korean veteran, passed away on Tuesday 12 January 2016 following a short illness.

In the late 1960's he lived in the USA where he married, but returned to the UK in 1995. Pictured here at our annual dinner.

Brian was very sadly killed in a road traffic accident in Cheriton on 1 August. His funeral was held at Hawkinge Crematorium, Aerodrome Road, Folkestone at 11am on Friday 28 August. Members who attended were Mike Mogridge, George Rose, Betty Crowley and Richard Stew who carried the 1st Bn Standard.

Fred was a familiar face at reunions and always wore a big smile. He will be sorely missed by his many friends at the Tower. 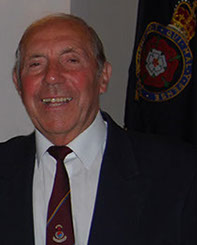 Wally passed away on 22th September 2015. He had battled against COPD for the last 20 years, which had worsened over the past 2 years.

Wally served from 1949-1954 in Germany and at the Tower. Like so many of that time, Wally was a fine boxer, and during his service in Berlin he was the British Army of the Rhine Inter-Unit Boxing Champion (Welterweight) of 1950 and 1951. Wally joined the Association in 2012, but due to his ill health was never able to attend any reunions, but did however find great comfort in reading his White Hackle newsletter.

Our thanks to his proud daughter Julie, who kindly sent us these photos. 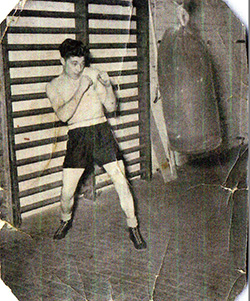 Fred passed away on 25th August 2015. His funeral, which was a private family affair, was held on Thursday 17th September.

A regular at reunions and the annual dinner, he will be sadly missed by his many friends at the Tower. 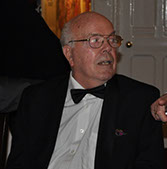 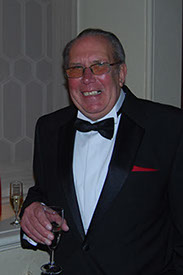 A regular at reunions and tours, Bob is pictured on the left at a recent dinner at the Tower.

A veteran of Korea, including Operation PIMLICO. Harry was promoted to Sergeant with the Battalion in Sudan. 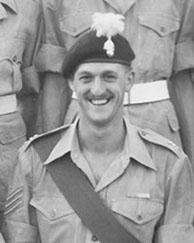 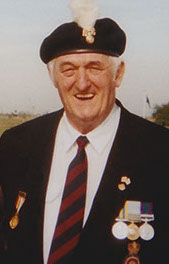 His funeral was on the 28th October at Durrington Cemetery, Worthing West Sussex. Our secretary, Captain Davis was in attendance to represent the Association.

He met his Maltese wife Carmelina whilst posted in Malta, they married in September 1960. They had 4 children and have 5 Grandchildren. 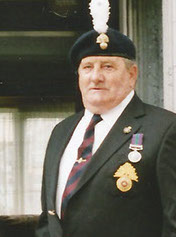 Bob passed away on 19 July 2016 after a long battle with cancer. He served for many years since the early 1960s, mostly with the Royal Fusiliers and 3rd Fusiliers, a tour at Balham as Senior PSI with C Company, and rising to become the Regimental Sgt Major of 1 RRF. He was commissioned in 1985 and again served with the 3rd Battalion. His last serving job was as PSAO of the London Irish Company of the London Regiment. After retirement he successfully organised regimental pilgrimages to Italy to visit Cassino and Anzio which were enjoyed by members of the 1 RF Branch for which we will always be grateful. 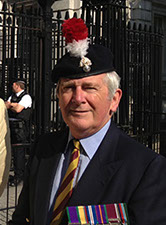